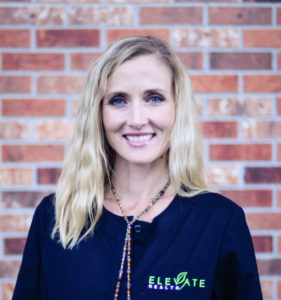 Hillary has returned to her hometown of Bozeman to offer her regenerative medicine practice that focuses on healthy aging, which all started with a specialized procedure that saved her quality of life and paved the way for her to become a doctor in the first place.

All these health conditions were really starting to get in the way of her living her life. So, at age 17, in a state of desperation and willingness to try something that, at that time, was pushing the envelope, she went to see a naturopathic doctor in town named Dr. Willow Moore. That’s when things started to change.

Dr. Moore prescribed a strict dietary regimen. At the time, Hillary’s approach to diet was eating with her friends at Little Caesar’s or Wendy’s. Dr. Moore’s approach included eliminating foods such as sugar, cheese, and yeast. It was not an easy task for a seventeen-year-old, but she followed the dietary recommendations to the letter. And it worked. For the first time, she experienced relief from her symptoms. In fact, after eating this way, her fatigue and anxiety completely resolved. Her headaches improved significantly, although they would still come and go from time to time.